(COLUMBIA, MO) – The Columbia, Missouri City Council named De’Carlon Seewood as the next city manager of the City of Columbia during a community briefing on Dec. 20.  Seewood has worked as deputy city manager in Columbia since 2019. He has previous experience working in several Missouri cities, including Fulton, Ferguson and the City of Berkley, Missouri.  He will begin acting as city manager on Jan. 15, 2022, following current City Manager John Glascock’s retirement.

Columbia Mayor Brian Treece said the Council unanimously chose to appoint Seewood to the position of city manager. “Mr. Seewood has outlined to the City Council a clear vision for the City moving forward,” Columbia Mayor Brian Treece said. “His experiences working in other Missouri communities makes him a qualified candidate to help lead our own community through the challenges that lie ahead.”

Seewood said he looks forward to continuing his work at the City.  “The City of Columbia has so much to offer to its residents, and I am excited to be a part of making this the best place for people to live,” Seewood said. “As city manager, I look forward to building greater trust between citizens and their local government and creating stronger relationships with community partners providing critical resources to the community.” 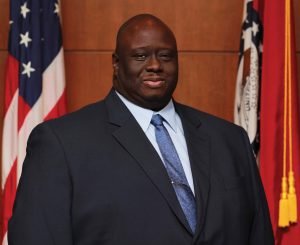 About the Author: Joyce Klein